Ellen Degeneres caught some flack from the public this week after video surfaced of her hanging out with George Bush earlier this week. Many found the friendship to be hypocritical of the pro-LGBT positions she believes in and more. While fans hated on the move, many celebrities have come forward to defend her. Reese Witherspoon, Kristen Bell and now, Elton John have all stood by the comedian.

Elton John’s interview with NPR is being conducted to promote John’s upcoming autobiography, Me. The book is due out on October 15th. 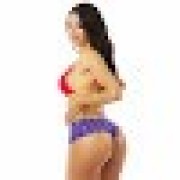